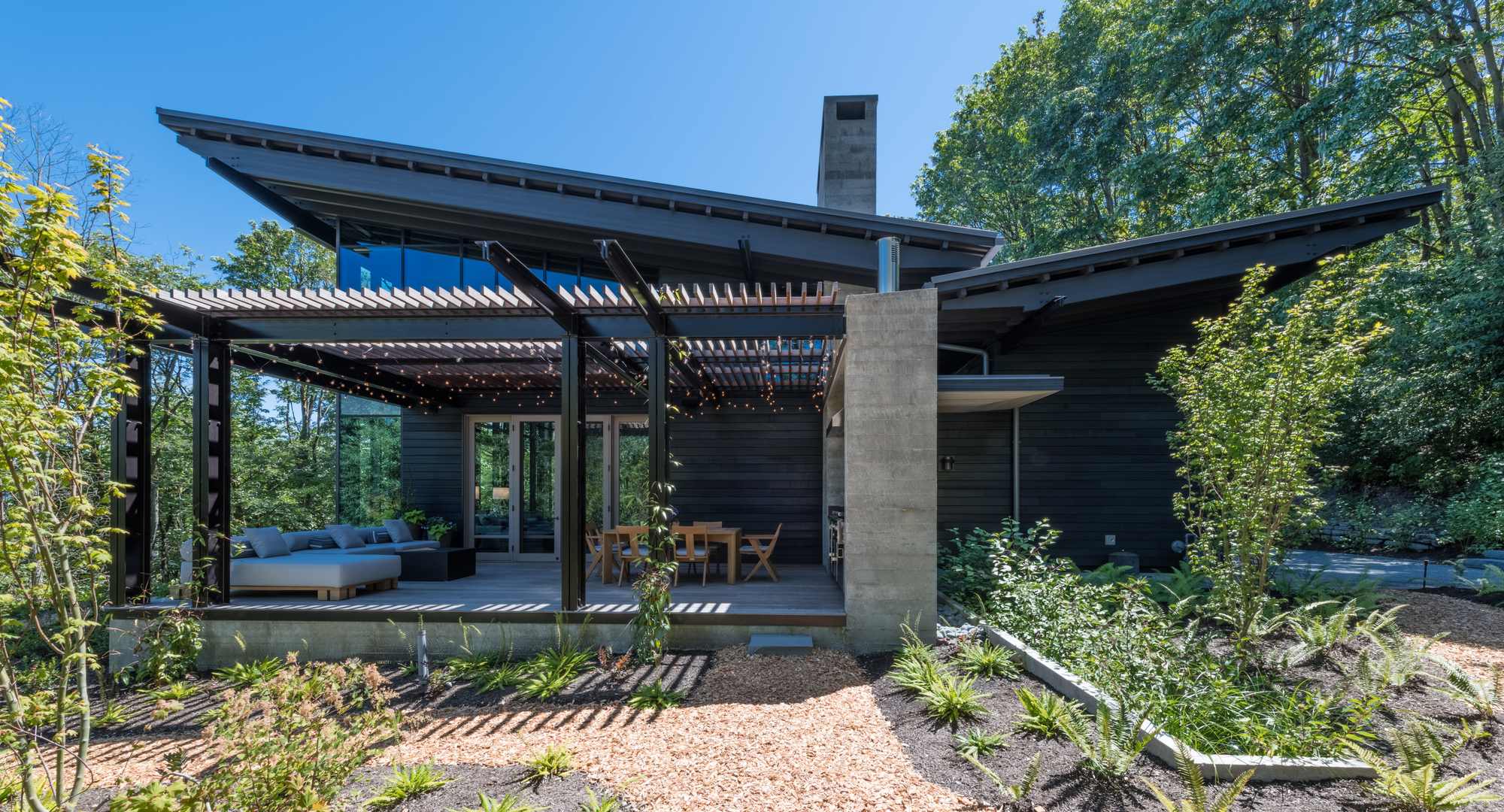 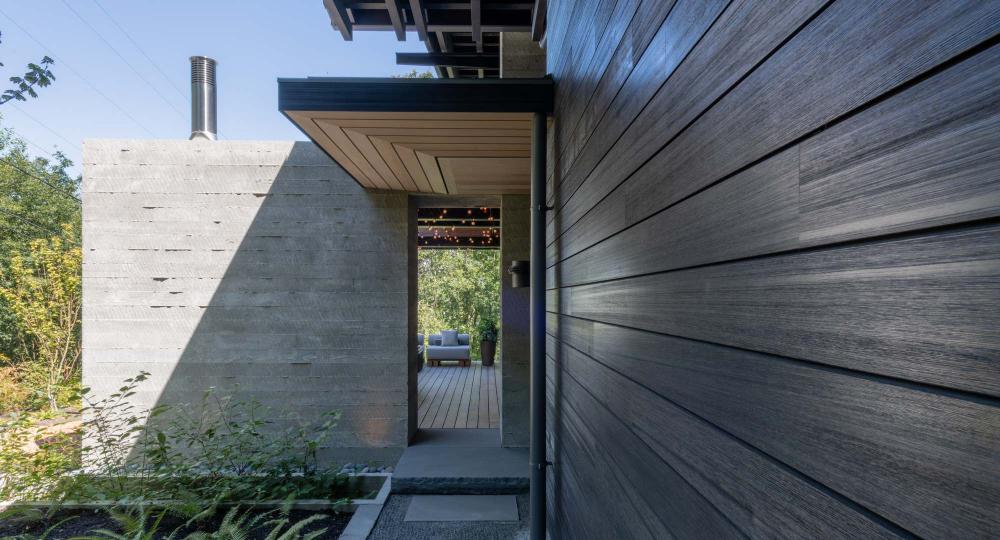 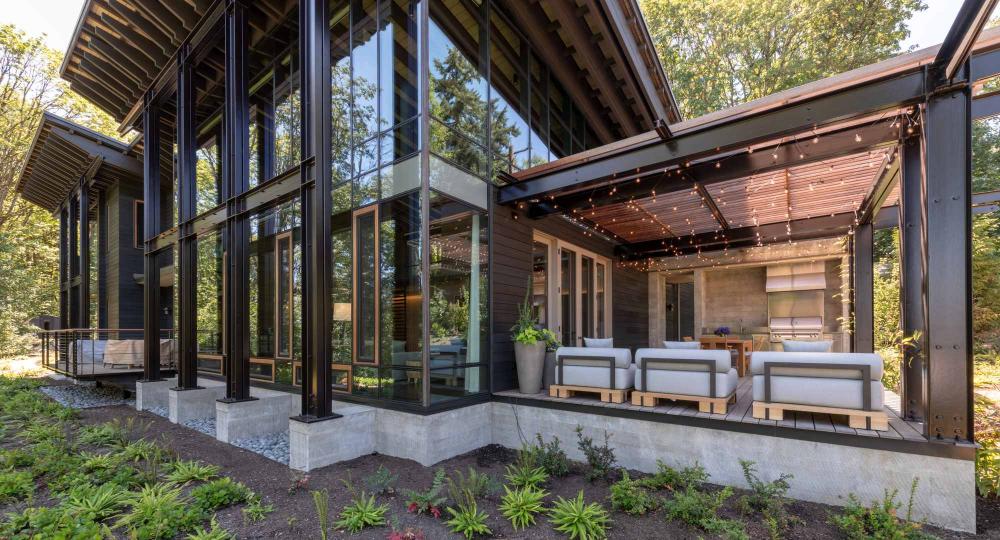 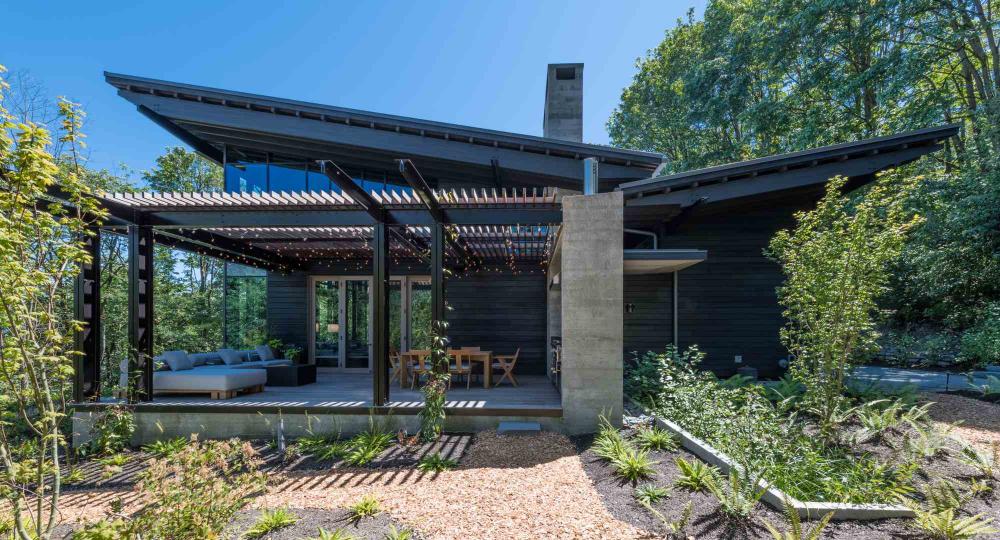 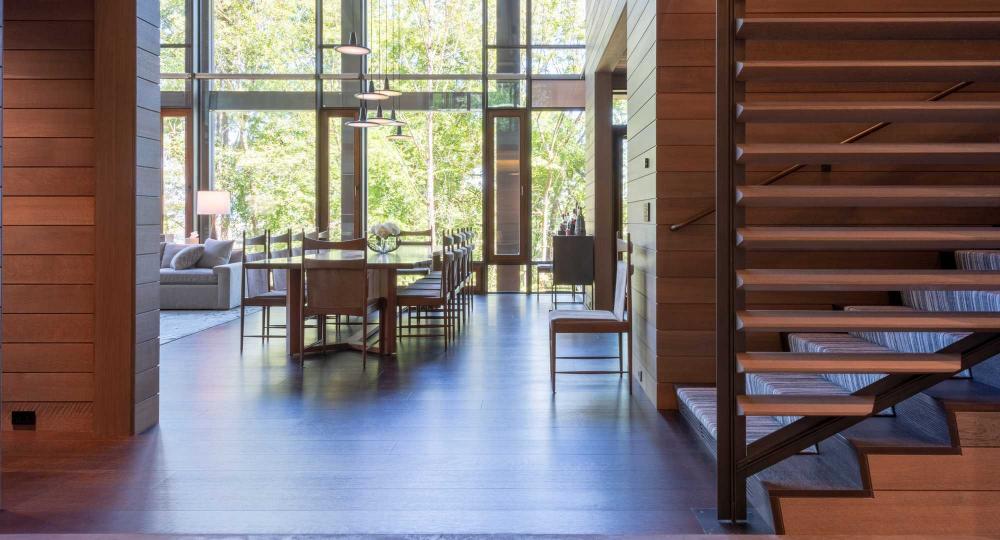 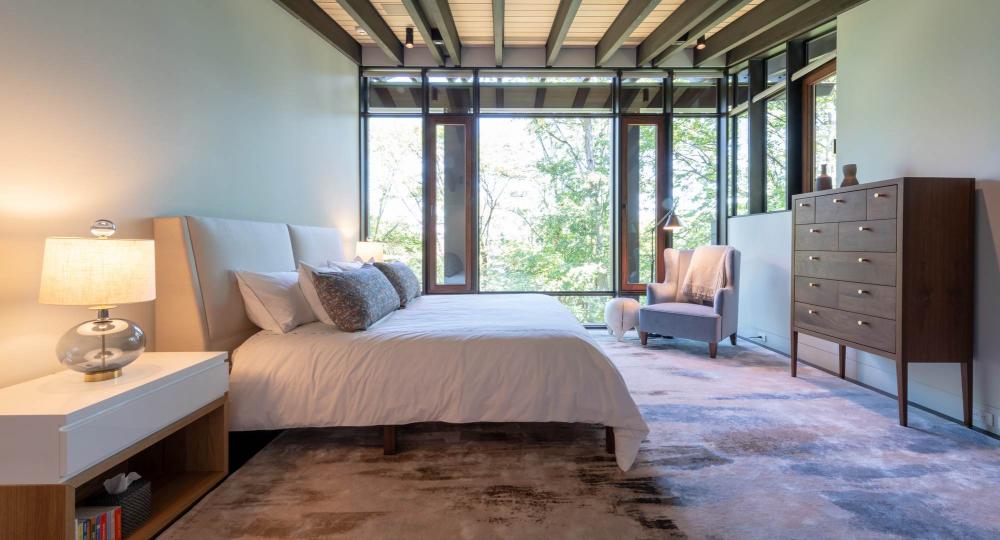 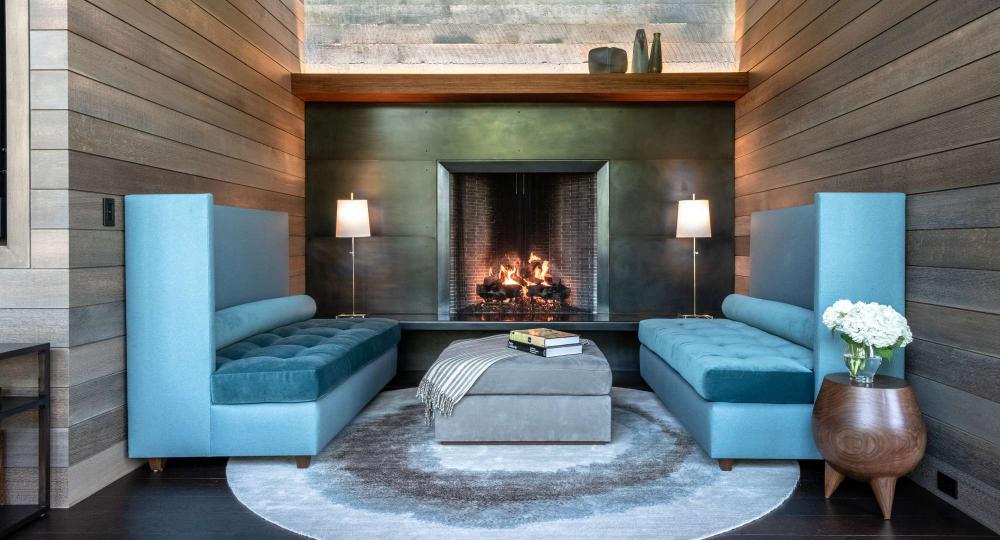 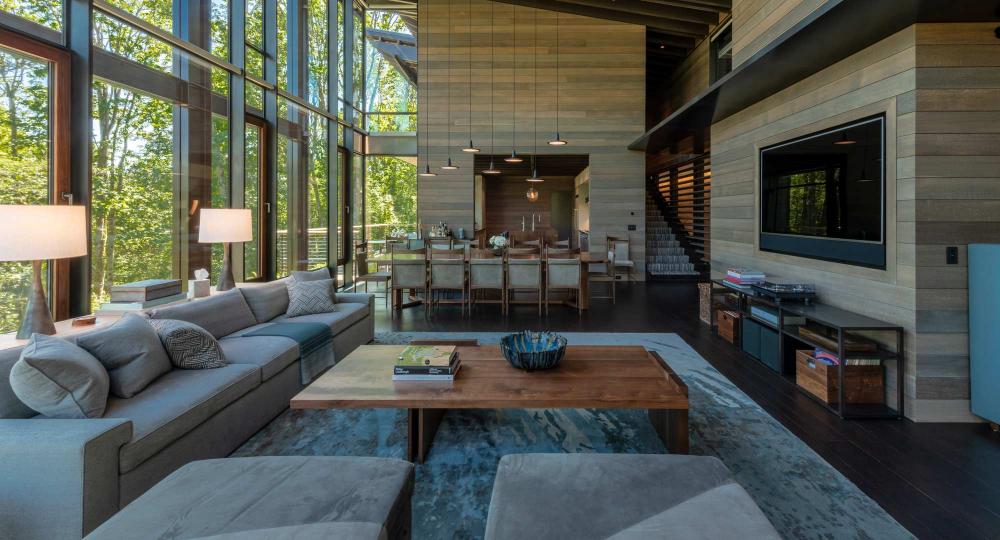 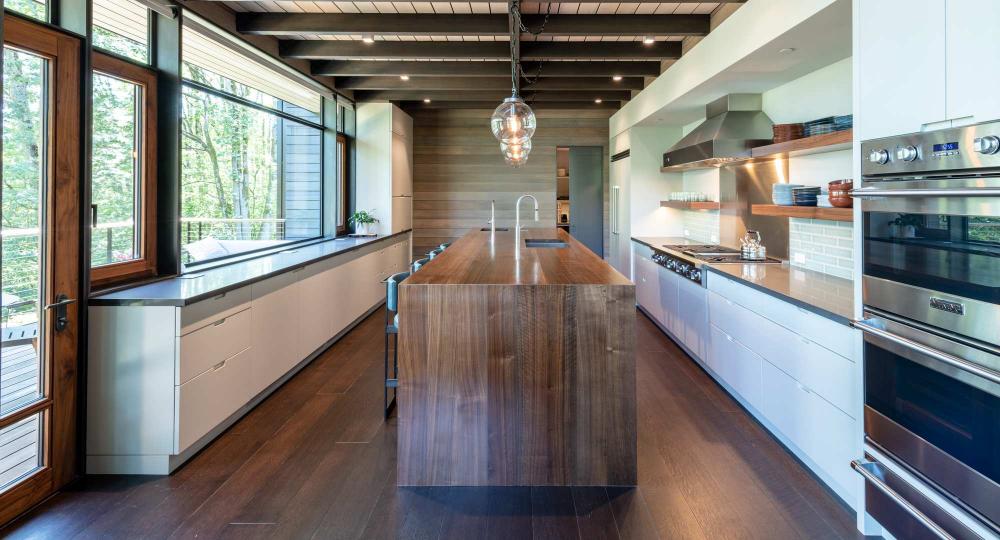 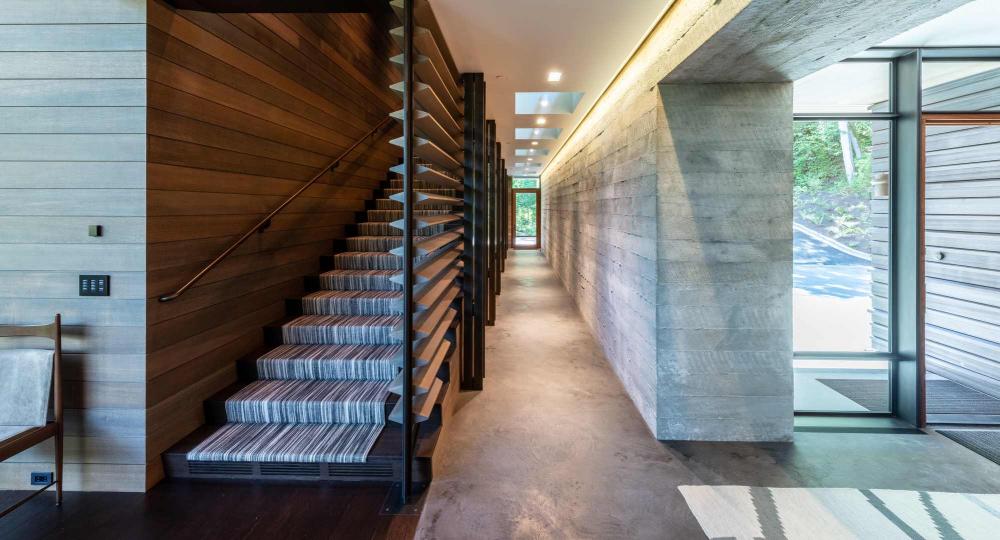 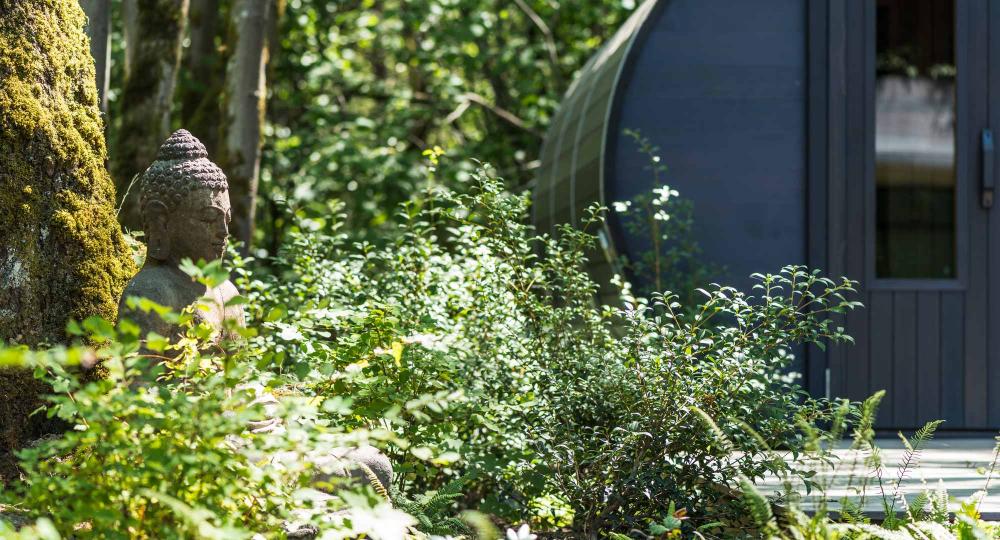 Guided by the desire to use as much glass as possible, Kligerman’s team decided early on to separate the home’s structural steel from the curtain wall that wraps around its rear. Where the glass leaves off, a mosaic of wood paneling and concrete forms the interior and exterior cladding—all rigorously aligned at 6-inch intervals despite the fact that the concrete was poured more than a year before the wood was installed. “If you put a laser on one of those lines at the north end of the house, it’s exactly the same within the smallest fraction of an inch at the south end of the house. It’s beautiful when you see it,” says general contractor Jim Dow, who credits Carline and his superintendent Chris Lange for ensuring everything was properly executed. “It was a really difficult build—everything was super intricate and complicated—but this is one of our best projects, and we’ve been in business for 40 years.” 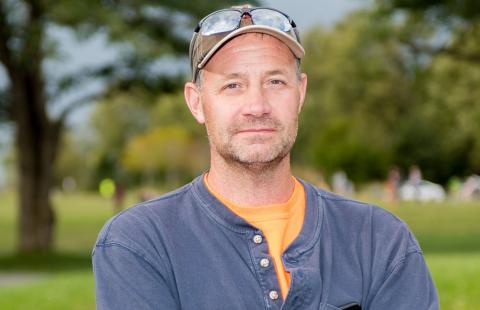 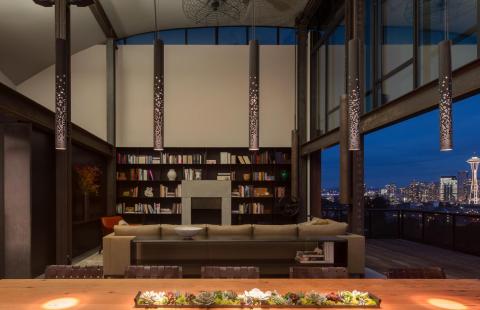 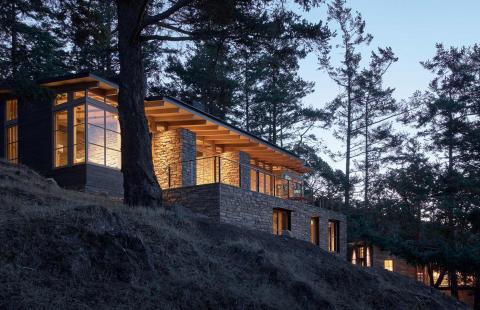 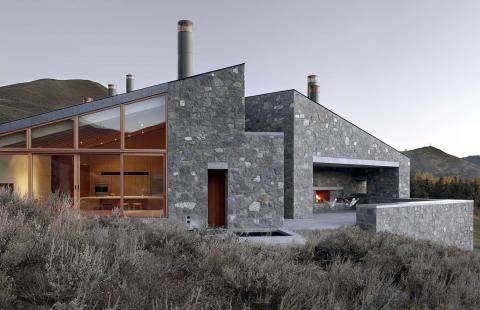